Will there be clear rules for buying land for foreigners? 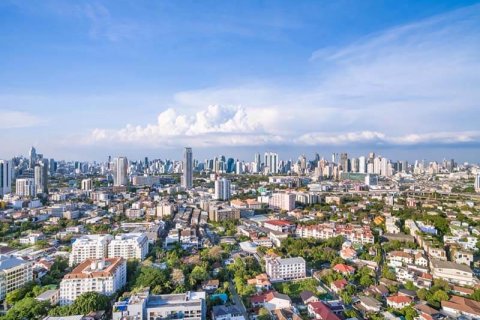 The Real Estate Information Center (REID) stated that the cabinet is inclined to approve the possibility of allowing foreigners to buy houses with land or buy land for housing construction. This measure to stimulate the economy and investment can attract promising foreigners to Thailand and create a new demand for housing with high purchasing power in the country for long-term residence and increase their spending on consumer goods in the country.

If foreigners are able to buy houses with a plot of land, it is expected that the value of houses bought by foreigners will increase by about 50,000 units worth about 100 billion baht. It is believed that the share of foreign ownership will increase from 5% to 15% of the total value of the transfer of ownership in the country.

However, the implementation should clearly indicate how many years the government will allow foreigners to buy houses and land for long-term residence in Thailand? And they should clearly indicate what level of housing prices will be available for foreigners to buy. For example, to prevent the purchase of land and housing at prices within the purchasing power of most Thais. The government may prohibit foreigners from buying houses and land at prices not exceeding 10 or 15 million baht, depending on the area.

In addition, a deadline should be set for foreigners to acquire land ownership, for example, 3-5 years, which will not cause speculation in land and housing prices and prevent a bubble in the real estate market.

The relevant taxes or fees should be levied on foreign landowners at different rates than Thais and a clear indication of the rules for selling houses and land when foreigners want to resell them after a certain period of time.